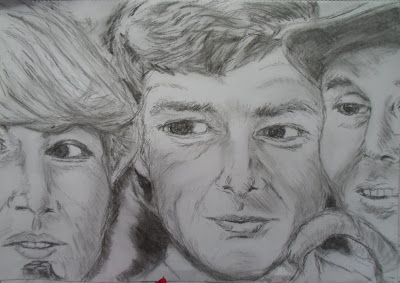 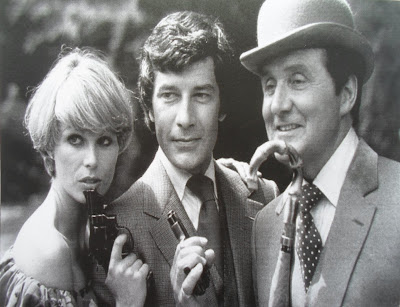 The New Avengers is or was shall I say, a British Secret Agent Action Television series produced a during in the year, 1976 till the year, 1977.

It was a sequel to the 1960's series - THE AVENGERS (Created) by Sydney Newman and was developed by original series, producer called Albert Fennell and Brian Clemens.

The Avengers (TV Series) was a British Espionage Television series created in 1961.

It initially focuse on Dr David Keel (Ian Hendry), aided  by join Steed (Patrick Macnee) .  In the end though, Hendry left the first series; which, was then Steed had became the main character, partnered with succession of Assistant.

But, frankly guys, I've got to tell yeah all, I wasn't really taken by the first ever series of  this...  With Steed (Patrick Mcnee) and his three different lady assistants!  The first was played by Diana Rigg as (Mrs Peel).  Then, there was (Cathy Gale) who was played by Honor Blackman.
The third one was of course, Tara King played by (Linda Thorson).

And yes!  They did make a film from this old series, it starred the very talented and beautiful Actress, (Uma Thurman).  She played someone called Emma Knight, the daughter of an industrialist, Sir John Knight.

But, now, getting back to THE NEW ADVENGERS - because, viewers out there first this series had started around 22 October 1976, but ended on the 17th December 1977!

Patrick Macnee was of course, still in this old seies, but this time he was partner with GAMBIT played by Gareth Hunt and the lovely Actress, Joanne Lumley who played PURDY
Posted by dazzlepops68@gmail.com at 12:32