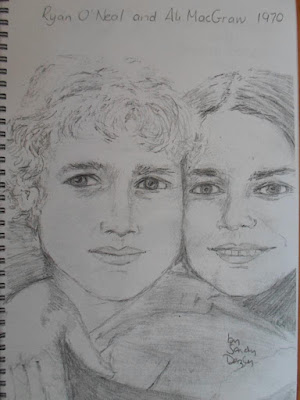 
Now, okay! I've drawn these two well known Actors because at the time I thought this picture would be so good to draw. Why! I even seen the film that they had both starred in, which you should know was "The Love Story! And yes! If you must know I did see it, only after bloomin seeing the film I ended up crying, because if I'm not mistaken Ali Macgraw's charater had died, which being a Romantic, couldn never bare seeing any film that had ended so sad!
Posted by jsm at 08:06