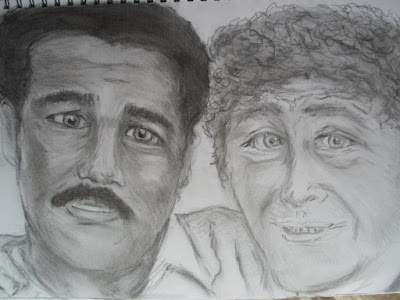 
First of all I really like to dedicate this picture to the Actor, "Gene Wilder" if you happen to come across my Web-site one day as this is especially for you! As well as the other picture that you may see of "Richard Pryor" in one of your all time great films, "Stir Crazy." But as for the rest of you guys out there well as you can see this is a picture of the two very well known Actors, "Richard Pryor and Gene Wilder," who too this day are still very brillent and ever so funny. Cos, whenever I see them both acting together in their films well boy! I can tell you now I'm always ending up in blooming switches.
Posted by dazzlepops68@gmail.com at 09:37