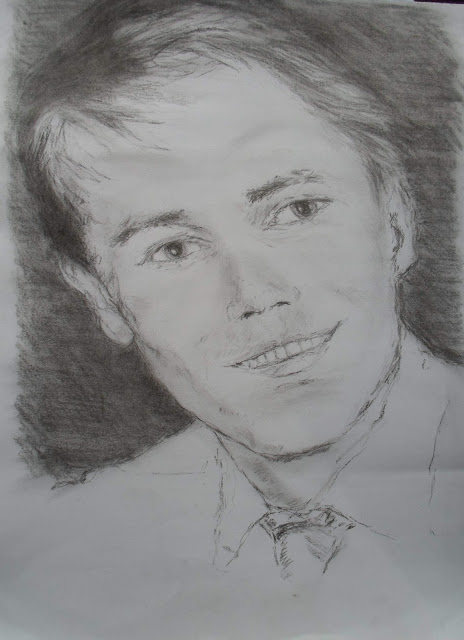 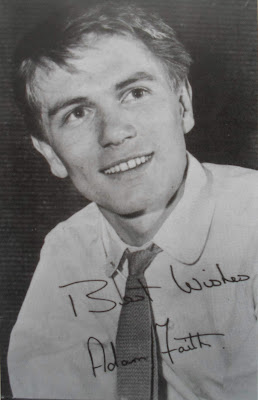 ADAM FAITH ONCE AGAIN
WHO SONG WAS MY MOST FAVOURABLE ONE!
CALLED - THE TIME AS COME!
Now, before, I say anything!  The reason of way I truly love this particular song, by Adam Faith, was that ever since I saw a Film called, "What A Whopper  starring Adam himself!  Well through this film, if you would have seen it...  After seeing them all picking up a young France girl called, Marie!  For whom, Adam had came very close with!
Well, not far before this film had ended, you would see Marie and Adam in her room talking away, but who after Marie had just turn on her very small Radio, the announcer had more the less, said, "we have a new song called, The Time As Come!  But instead, of really saying who sang it!   Which of course was Adam himself!  They had made a name up!  Which, Adam made out, "that's all we need!
Which, to be honest!  Was so very strange for me to see Adam Faith listening to one of his own Hits!  And who was from himself  as well!  Then, as he wanted to try and impress Maria course, of whom had said she had like this song pretended to sing it!  While once again, for who was listening his own record!
Which, after seeing it over and over!  Because it wasn't that I loved Adam Faith!  But, that song was so nice!  Which every time I do see it, sing to it as well!  As I know that tune off by heart!
As this song goes like this...    THE TIME AS COME
The Time Has Come For Me To Hang My Head in Shame
The Time Has Come For Me To Say That I'm To Blame
The Time Has Come For Love's Return But It Won't Be The Same
Oh Please Believe Me I won't Make The Same Mistakes Again.
The Time Has Come To End This Very Sad Affair
The Time Has Come For You And I Once More Share A Summer Kiss
But Love's Return Won't Ever Be The Same
Oh Please Believe Me I Won't Make The Same Mistake Again.
No More Sorrows, No More Cheating
Our Tomorrows Won't Be Repeating The Past
So Here Am I To Ask If You Can Still Forgive
If You Can Love , The Time Has Come For Love To Live
With No Regrets But Take My Word That Love Won't Be The Same
Oh Please Believe Me I won't Make The Same Mistake Again.