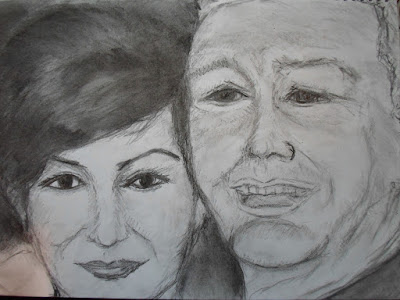 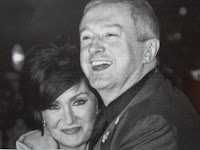 Well guys! As you can see from this, I've done a picture of the well-known Presenters from "The X Factor! Only, why on earth can everyone tell that so-call (Big Head) as he really is to just take a blooming break from showing his Ugly MUG in that popular series, "The X Factor" once again, whether he thinks he's "Mr know it all" and had also started that dam series! For once, take a blooming BREAK for all our sake! Please do it!

Which as you guys should know I was referring to "Mr. Simon Cowell! who I wouldn't be at all surprised that he loves himself so much! Hey Simon! You do, don't YOU! Loves yourself! Course, can you guys, just imagine the guy is looking at himself in front of a MIRROR and simply saying to himself, "God! "Aren't you Sexy Simon! Then, with his lips, of course, looks like he's kissing himself... Like saying Kissie-Kissie! Well can YOU? Just try to imagine? Course, if you can, well like myself that would be a blooming NIGHTMARE for everyone of us all! Why! Well you could say that's "Freddy Krueger" there, down to a tree! Then, "Simon Cowell! Then, really seeing some Actor dressing up as a part of a character for that Film!!!

Anyway, just MOVE OVER and allow these two take OVER your place for a change! Why, you may ask! Well it's course every time they get together and I do mean get together and hear someone that hasn't got a voice and even more so, of maybe how they appear, if you know what I mean, well those two when they start to laugh, they are like myself in some ways, they just can't blooming STOP!!! In fact, some times it's course one slightly falls over from their seat with laughing to much! While the other in fact, looks like they are wetting themselves by it all!

So, that's why, I think can't YOU Simon simply give those two much loved a turn to take over your series that you started? Hey! Why can't YOU! Also,, and in away, I hope Sharon sees this, but I just want to let her know that you're Absolutely Fab Sharon! Really YOU are! So, just think about going back to our Louis on The X Factor? If it can happen one day, which I sure hope you do hun!

And it's also because YOU and Louis are just prefect to take over, you know who! As I really think you two are GREAT!

Hope though that you like this picture of YOU and Louis as it's especially for you guys really, for making this girl smile even join in with you when someone just appears looking the way they may do and start to sing with no voice of course, start to LAUGH!
Posted by dazzlepops68@gmail.com at 10:07