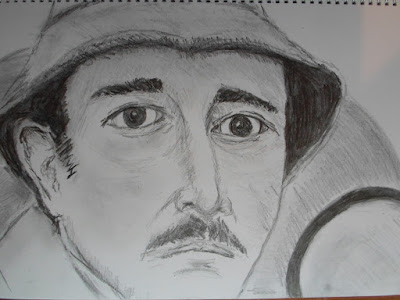 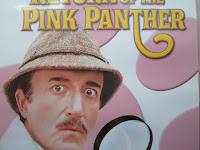 
Now guys, as you should know by this picture that I've done, this is the well-known and may I also add was the best Actor of all times... And must loved by all that had always played the part of "Inspector Clouseau" in those best films of "THE PINK PANTHER" "Peter Seller! For he was the greatest and that was NO mistakes!!!

Because every blooming time he gets back from work to his Apartment you can be sure that his loyal and faithful Servant "Kato" is just lurking around somewhere to ATTACK him! But ends ups fighting each other like they were CLOWNING around until something happens or goes off like to get Inspector Clouseau ATTENTION to try to tell his bloody daft as a FRUIT-BAT Kato to stop what you are doing! If you guys get my drift by that!

Course, come on guys, whatever does get the Inspector Clouseaau ATTENTION to try to tell his so-call Wacky Servant, "Keto" to try to STOP...
Well Kato doesn't, in fact he just simply carries on while poor "Clouseau" does try to either speak to his boss on his phone about something or do something by!!!

But I tell you guys whenever I see Cluseau in a sense with his boss, "Inspector Dreyfus" well I would probably have to say it's more FUNNY seeing his boss "Inspector Dreyfus" going slowly CRAZY by the minute because of every time he as to ask Clouseau that DO THAT! Well Clouseau as you know don't!

For instead, what does that blooming stupid fool "Clouseau" always goes and do? But he goes out and does the complete opposite what he thinks is best then rather to listen to what his boss had just told him to do in the first PLACE!!!

Which isn't fucking surprising that by the end of these films it sends his boss, "Inspector Dreyfus" LOOPY! Not forgetting guys, he turns into a bad and evil criminal that trys to get Clouseau for everything he deserve!
Posted by dazzlepops68@gmail.com at 08:44