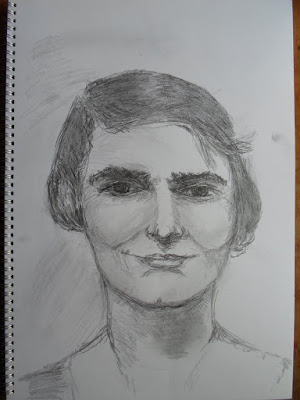 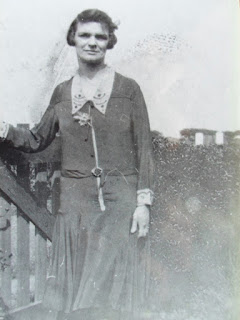 
Hi guys! As you know by now I've done a picture of my nan, "Emily Dazley" was her name but first of all, that's if my Uncle Jimmy is looking on my Web-site... This is a picture especially for YOU, my Sunshine you!   And you only Uncle!  Because basically, I just wanted you to know that I was sorry that what happened when you and Aunty Margaret had came around that time to visit my dads grave, but may be also to see me, you should have really understand that I was still very much hurting by losing the ONE person in my entire life that had really showed me they loved me like any parent should! As I really loved my dad so much, still do...

* Anyway, the other reason guys of why I would like you to see this picture that I've drawn of this lovely beautiful picture of my nan, was that at the very younger age of nineteen, this girl whilst still on the "Youth Training Scheme" which some of you may not know of because I am going back a bit now, had a slight accident after going out one evening course the nights was drawing darker nearer by each day...

* Which I can vaguely remember was it was certainly around late October-like, that I fell and banged her head in a certain way that after remembering saying "Awes" like I'm sure anyone would, if they had also had banged their heads! *  Anyway, after I had banged my head all I can remember was that I was floating, floating into what seemed complete darkness...  And I certainly do mean, I was floating into what looked-like pitch BLACK SPACE!  But what I couldn't seem to understand then was that while floating as I did, forward and forward...  Well this girl just couldn't seem to see her body, legs or arms!

Then, suddenly, I noticed I was going towards what looked -like a misty white effect as if I was now coming through the end of a tunnel... Which I didn't seemed scared what so ever, even when I went through it because what I saw a a very beautiful place, a place that ALL I could see was loads and loads of peoples faces, young and old greeting me with their SMILE...   Which, ONE may I add, had SMILED at ME the more, which I didn't understand of why, since they had all smiled at me!

* Anyway, what I'm about to tell all YOU guys next may even sound a lot more weird to understand because shortly after I had that "EXPERIENCE" which it was, suddenly decided that I should clear out some stuff in our cupboard why! Well I do not know at the time only that I felt like I had to!  Only, while clearing some of the things out I came cross some very old photos of people. A young man and a young woman which I noticed there was two different pictures of this woman.

* Which at first all I could think of was "who are they?  That was until I had asked my dad of who he reckoned these people were?  Or should I say I had asked my dad "dad, look what I've found, these old photos of people I don't even know! Thinking to myself that what he was about the say was the same... But he didn't, in fact, at first all I saw was my dad expression on his face which was that he went white as a blooming sheet!!

* After asking him, "what's wrong dad?"  All he said was "where on earth did you find these Sandy," so, after telling him, "I find them in the cupboard!  All he said then was "these are my parents!  Which now, I can understand why, my poor darling dad had looked as he did!

* So, really getting back to this picture that I've done once again, of my "Nan Emily" the true reason of why, I've drawn it besides for my darling Uncle Jimmy, that before saying does so very much LOVE because he's so like a twin-brother of my beloved dad... Anyway, that ONE of these photos of my lovely Nan was that it was the same face that I saw in that strange EXPERIENCE that I had, but couldn't explain to myself of it while going through this! Or even after shall I say course what I do know is, every DREAM I had ever had can remember every thing that what happened - and I can tell you it was NO DREAM!

* Why! Well lets just say that no sooner then I told both my mum and dad shortly after this incident that I had while I was on the Y.T.S Scheme, then all they said with a strange look on the faces was, "my god!  "That sounded as if YOU had a NEAR DEATH EXPERIENCE Sandy!!! Which was what I'm trying to tell all you guys, as I sure couldn't understand for what they were on about!

* Now, as for all you guys out there, I can understand that if anyone of YOU may think that what I've been trying to tell you have been a load of rubbish or sumat, but really guys what I've been telling you all as actually happened to ME way back then...

* It's just that it may be difficult for ALL YOU GUYS to understand that what I went through, way back then, was really a NEAR DEATH EXPERIENCE!!!  SPOOKY as it may seemed! But guys, truly, that's what had happened to this young girl way back then! 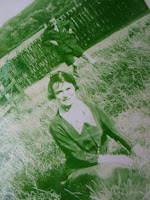