My Bobby Dazzler by his very own dazzlepops 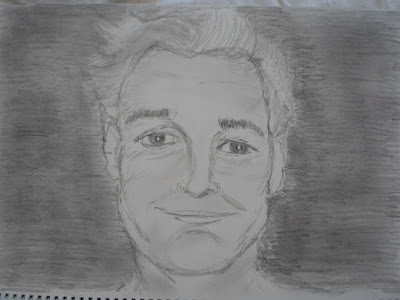 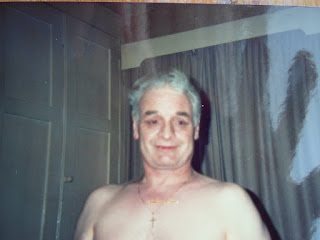 MY BOBBY-DAZZLER - OF MY BELOVED DAD

WHO I NOT ONLY STILL LOVE SO VERY MUCH, BUT WHO I MISS SO VERY, VERY MUCH ALSO!!!

What can I say about my beautiful "Bobby-Dazzler" hey! But that this was my beloved Dad who was simply acting like a blooming fool as he always was, at times though...  But that was more like him anyway!  As. he was a proper Geordie boy!  Like his younger brother "Jimmy" my Uncle, who every blooming New Years Eve had called my dad up to wish him a Happy New Year!  But, as my dad was a Geordie, which as a young girl didn't realize my dad was a Geordie!  So, he had to put on his Geordie accent for him!

Why! I can even remember-like, that while he was always talking to my Uncle Jimmy over the phone I basically kept on saying to him, "BIN and BEN the FLOWER-POT MEN and I'm the blooming WEED that can't get away!!!

Just hope you guys out there get what I was trying to tell my dad while speaking to my lovely Uncle Jimmy, as he really is!

So, viewers, just imagine the look on my face that when I suddenly heard my dad talking as he did then?  Course, I'm telling you all, I was in switches, with laughter because of hearing him talking as he did!  As I thought, it was absolutely funny of hearing this new accent of his!  And as so yours truly had couldn't help herself by giving my dads accent a nick-name which was "THE SWINGY-VOICE" which I think had always made his day when we sort have brought his accent up into any conversion! Or basically anything that would probably remind him that his a "Geordie-Boy!

Though, what I would also like to tell you all which is to REMINDER you basically is that way, way back when this young girl was only four or five shall I say well every blooming Saturday morning as well as loving seeing that half an hour of "The Monkees" had loved "The Six Million Dollar Man" starring "Lee Majors" who boy! As a five year old had seriously thought 'oh do I love him! Which, I did, but may be it was something to do with the theme song to that series that made me like him more as well as to watch it!

Anyway, guys, getting back to my lovely "Bobby-Dazzler" because okay!  As I thought as a small kid that I loved her "Stevie baby!  Which I did shorten "Lee Majors" character, "Steve Austin" and always use to blooming kiss his god-dam poster from a comic that I always use to get called "LOOK-IN" well thought that her Dad could well be the next "SIX MILLION DOLLAR MAN" any flaming day, because of the way he was!!! That's a joke guys!

And ever since I can remember, this very young GIRL from the two was the only ONE that was so really more CLOSER to her him! Ans that's a gods honest truth! I was!!! Course come on guys, what would think if I told YOU if my Dad gave yours truly her nick-name, called "Dazzlepopes" at the age of four then, his other daughter who is more like their mum!  The Italian Mafia!  Which, thank god to say, Thank god I wasn't like her! Because as a proper Italian, she hasn't got any sense of humour what so ever like my darling Dad...

But guess what guys! If I haven't told you already is like he nick-named me "DAZZLEPOPS" his nick-name was "BOBBY-DAZZLER" as he told ME at a younger age, his Ma my Nan had also given him that name! But if that was so, well I sure would like to know if she had given my Uncle Jimmy one as well? Course, if you could only meet my Uncle Jimmy then you would probably realised what I meant...

Because, YOU can differently tell there brother, alright! By that truly lovely LOOK that my Dad had always given to ME and me alone! Why! Do you know when I first met my Uncle Jimmy at a younger age, he more then less looked like a twin then just a brother of my beloved Dad! Oh Dad how I really, really love YOU but who also truly miss so!

By the way guys, what I would like to add is, if anyone of you out there does want to see this photo of my Dad smiling away to me close-up to well just IMAGINE to yourselves now that yours truly look-like her Dad, "DARK HAIR and FLAT CHESTTED" course, you got to remember guys, my dad did have once upon a time dark hair, so just IMAGINE right now that if you see anyone wondering around, listening to her Music on her MP-3 player that I've nicked-name her "ipoddywaddy" after her favourite Group "Showaddywady" well like I had already describe herself to you guys already I'm DARK HAIR and FLAT CHESTED!!!  It's me, that you see!

Not really guys, as that's my sense of humour coming out of me right now, as I'm sure you guys had already gathered by now! Ha! De! Ha! Ha!