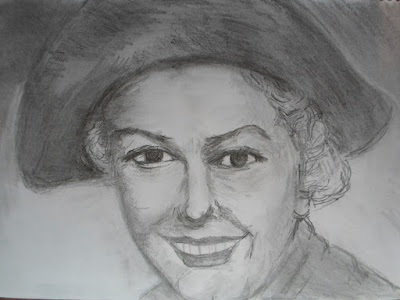 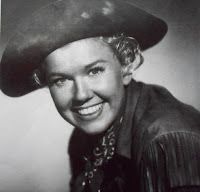 
Now guys! As you can see from this picture I've drawn of one of the well-known Actress of all times, "Doris Day" who starred in many films with Rock Hudson" "James Garner" and "Frank Sinatra," she also starred with "Howard Keel" in the best film I ever saw her in called "Calamity Jane! Which I would like to dedicate this to a very dear friend of mine that not only started me off in doing all this for YOU GUYS to see out there but who also had helped me think about writing my autobiography on my lap-top...

Not forgetting though that they simply adores her in that film!!!

So, if you're looking on my Web-site, this is especially for YOU!
Posted by dazzlepops68@gmail.com at 09:01