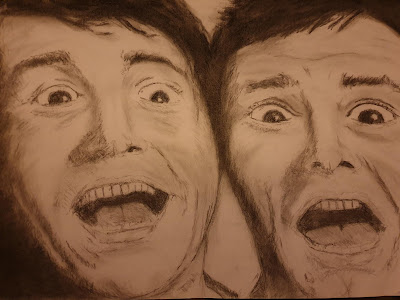 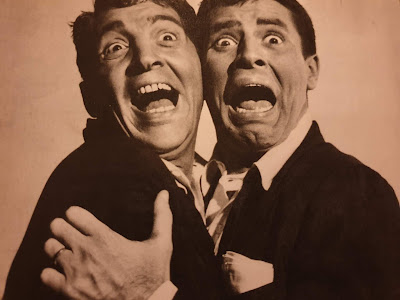 As, all I'm gonna say on these two very old but, talented Actors, who was so great filming together, was that they were always hilarious...

Especially, of seeing "Jerry Lewis" either falling over himself, like or, or that is, doing stupid things!  And that could include making silly faces behind his partners' back, (Dean Martin), or make noises!  And as for his flaming expressions guys, well it always use to kill this very young girl with laughter while watching any films of theirs!!!

As, you guys, can properly gathered by their looks on their faces above!  But whom, it was definitely usually, "Jerry Lewis" once again, that made some pretty stupid FACE EXPRESSION as well as NOISES...

* BUT WHAT I WILL TELL YEAH IS!  "JERRY LEWIS" IN MY MIND, WAS DEFINITELY, DEFINITELY  FUNNY!!!
Posted by dazzlepops68@gmail.com at 09:53