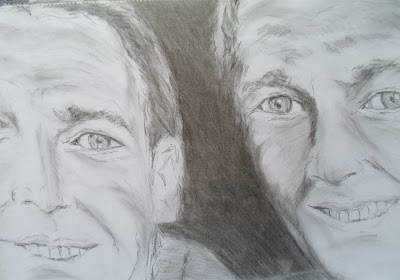 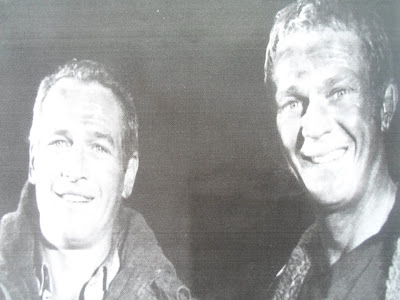 FROM A FILM THAT THEIR BOTH STARRED CALLED...

Hiyeah viewers!  As you guys, can probably see, I've drawn these two very talented as well as they are or were well-known Actors, "Paul Newman" and "Steve McQueen" once again, for you because last time I tried to draw then, you guys, probably may have thought, to yourselves, "that this picture they have drawn of these two well-known Actors are two close up!  Even though, you may had recognise them, it was TO CLOSE for sure!!!

Which, was why, I drawn you them, once again!

But, guys!  What I wanna ask you all, is "would you agree with me, that these two very old Actors, had sure looked-alike in some ways???  Hey!  Course, that was what I have always thought of these two!!!

As, they both starred in the old Disaster Movie called "THE TOWERING INFERNO!  Which I'm sure is a very popular Film...  Even though, it's an old Film!

As, this Film was more then, less about the World Tallest Tower that was designed by "Paul Newman's" Character!
Only, while everyone was in a premiere Party, for the World Tallest Skyscraper enjoying themselves, an electric fault sparks off a small fire at first though...

As, you probably gathered it had ended up much, much Worse then, anyone had probably realized!
Posted by dazzlepops68@gmail.com at 07:55