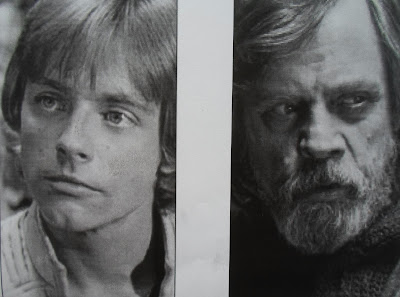 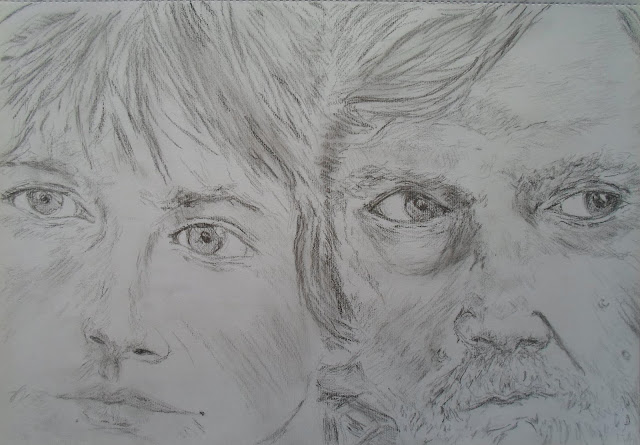 Now, guys!  What I first like to say was back in the year of 1977, this very girl, had went to the Cinema to watch STAR WARS - called A NEW HOPE as it was the very first film of STARS WARS starring as you can see above, the very young "Mark Hamill" as Luke Skywalker.

But, also, as you can tell, I've drawn the Actor, "Mark Hamill" as he is today, being an older Jedi

And whether I had mention to all you guys before, course, I had drawn this Actor once before, while he was a very young Luke Skywalker explaining though, how what you guys had really thought of him as he is now, because, in some pictures that I've came across of "Mark Hamill" well, I thought, he really looked awful...

So, if you came across this so-call Web-site of mine, Mark Hamill, well, I'm so sorry to have to say this, but, boy!  What the fuck as really happened to yeah?  As I know you got older, but really it's like you'll gone down hill...  If you know what I mean!
Posted by dazzlepops68@gmail.com at 08:17