Scene 2 from The Family Stone - The Layed Back of my Guy! 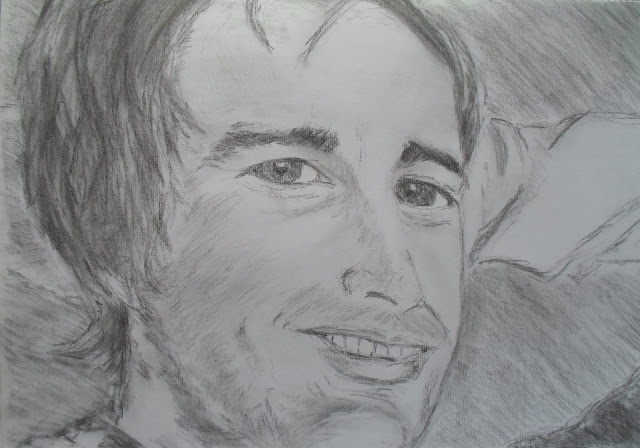 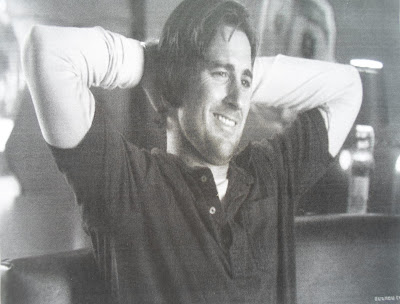 "LUKE WILSON" - FROM THE FAMILY STONE - AS BEN STONE...  THE OTHER BROTHER!

Now, guys!  First of all I've got to explain to you all that the reason of Why!  And I do mean, why, I called this blooming Gorgeous Actor "My Guy"  at the end of  what I had written above for my title... Is that ever since people that I once upon a time had work with, played with my FEELINGS in such away, that I didn't know what was really happening to me...

Well let's just say, something had allowed my poor FEELINGS to have those very special feelings, that I thought I would NEVER, NEVER truly have, being Ugly, as I had always saw myself to feel over this particular person that also, worked there!!!

* But, luckily for me, shortly after this person had left, which I took it hard...  Well, that was when I stumbled upon this so-call SEXY ACTOR, that is far, far better then that person and which, had truly help my Heartache that I had for the one that left me in tears for two and a blooming half years...  Course, it was no sooner then, that person left, that I really discover this more Attractive Actor, "Luke Wilson!  Which, okay!  If I wouldn't have known that guy, well, I properly would have fallen in LOVE or SMITTEN with this Actor, "Luke Wilson!

Who, I slowly but surely had felt better...  Maybe it was that this Actor had first resemble of that other person, but who I really do think, is far, far more better then that guy, had put together!  Course, Oh boy!  As, "Luke Wilson" got more about that partially person I once upon time knew from the place I once work, especially, when he actually SMILES, like as you see above!  Wow!!

But, who I can say that "other person-like" didn't even come close then, as well as now, to how I'm truly feeling for this Sexy Actor, "Luke Wilson!

As, you can probably guess, I sure love how "Luke Wilson" looked above in this scene of from "THE FAMILY STONE!!!

But, like I just mention to you all viewers!  This Actor, to me is blooming GORGEOUS as well as who's so darn SEXY far, far better then I properly thought of that so-call person, I once upon a time bloody knew!!!   Mainly course, you don't play with anyone's feelings so you can try and get them to fall in love with!  Which, unfortunately back then I had!  Now, would yeah???  Hey!  Also, it was the way this person really acted towards me...  Nasty!  Horrible!  And who was like a Bully!

So, this "Luke Wilson" if you happen to stumble upon my Web-site one day and see more then one pictures of yeah!  As well as maybe, noticing that this girl is referring you to saying your her guy!  Well, just please don't take this so badly...  It's just ever since I saw you on the first ever DVD that I had called, IDIOCACRARY!

Well, let's just say, you really looked to me more nicer, but at the same time who I thought was definitely sexier!  And every time I saw you in your other films, with you giving that look and that smile, well, that what I blooming mean!

You honestly does send this girl back to her old true self, that's so SHY!  But, at the same time, feeling like she always goes on Cloud 9.   So, Yes! I truly feel now, like I'm in a little world of my own, called, "A DAYDREAM!  Dreaming, "what would it be really like, if I could only MEET YOU LUKE?  As, I truly want too!

But, seriously though viewers out there!  Getting back to this picture of the Actor, "Luke Wilson" above, being layed back in same small café, with Meredith, (Sarah Jessica Parker), his brothers girlfriend Everett - that Ben Stone, (Luke Wilson) had always went two, whilst growing-up like, living with his crazy family...

Course, this part of THE FAMILY STONE is just another one of my very FAVORITE scenes of my so-call lovely "Luke Wilson!  Which, I truly like to dream that he is...

* Course, I go for the EYES as well as the SMILE in guys!!!  As, it's never been the LOOKS with guys!  As, it's just if they've got Sexy Eyes as well as their smile!  And Boy!  That Actor, as certainly truly got it, in my book!  Or should I put it in another way, for yeah!   "He's definitely done sumat to me, whenever I always watch all of his Films that I have got...  As, it's that look in those gorgeous big brown eyes and definitely his smile!

Shame, that he isn't really around REDDITCH!    Course, if he blooming was, well I tell yeah, this girl won't just fall over herself!  But, he would certainly make this girl blush followed by going so shy in front of him...  But, once again, that is only my DREAM or WISH how you like to put it!

Course, boy!  "Oh Boy!  How I really and truly love to MEET YOU, "LUKE WILSON" in person!  If you are watching this Web-site of mine!  Then, as I just said, DREAMING OF MEETING YOU for REAL-LIKE...
* Course, that's all I ever WISH to ever happen, if it could happen!!!  Because, of making this girl go all shy and bashful in herself, whenever she does see any of your blooming Films!
Posted by dazzlepops68@gmail.com at 08:23