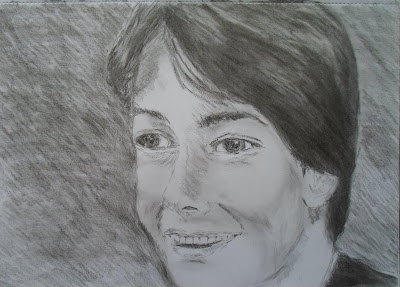 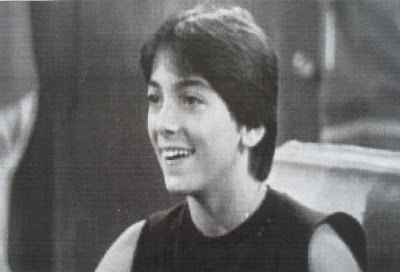 Hi viewers! well, as you can probably see with this drawing that I've drawn of the young Actor, back in the 70's from a comedy series called, "Happy Days" name of "Scott Baio" who played Fonzs young nephew Chachi!  Who, I thought way back then, since I was very young myself, that Chachi was one HOT DUDE!  But, can I say, "WHAT THE FUCK HAS HAPPENED TO YOUR LOOKS?  As, I'm referring to you the Actor, of "Scott Baio"guys!

As, I know full well, that everyone and I do mean, everyone gets bloody older!!!  But, seriously man!  Your looks now, that's if you're looking at this Scott? As gone DOWN HILL!  Meaning, of course, to all you viewers, if you check out what this old but who was a real young, cutie playing Chachi from a very old children's series called, "HAPPY DAYS" well, if any of you viewers are so curious to know to what "Scott Baio" looks-like right NOW???  Well, please!  Why, don't you check???  Course, I'm telling yeah all, right now, in my own opinion...

This old Actor, has AGED badly!  Course, I wouldn't believe that, this Actor, right now, was once a upon time this very seriously, major, cute, "Chachi" from "Happy Days!!!

** Why! He even starred before that, in that old Film called, "Buggies Marlon" along with Actress, the young, "Jodie Foster" and the very young Actor, "Dexter Fetcher!
Posted by dazzlepops68@gmail.com at 08:14