The both from The Burbs Screaming at the what they found 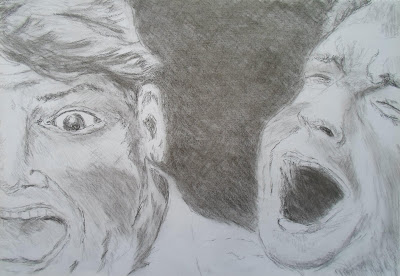 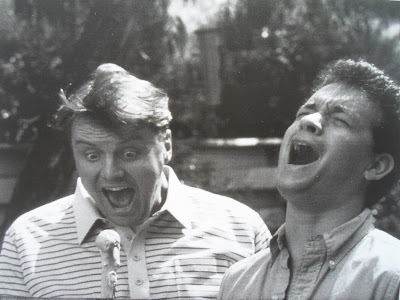 "RICK DUCOMMUN" AND "TOM HANKS" FROM  THE FILM - THE BURBS

Well guys, this is one of the senses from an old film called "The Burbs!  Starring, "Rick Ducommun" and "Tom Hanks!  Well, they were just two, that played in this silly, but at that time I probably did thought that it was also, slightly funny.

As, the setting shall I say, was  based upon some tome off in the suburban home, where Ray Petersons (Tom Hanks) Character had spent his vacation with his family in what became like an HORROR to him...  "Why!  Well, a couple of doors down some NEW, but who ACTED so weird-like had moved in!!!

Their names was, the "Klopeks" and boy!  If anyone of you out there saw this Film, then, you would know that when I say the Klopeks acted so suspiciously like, well, they acted SUSPICOUSLY alright!
Posted by dazzlepops68@gmail.com at 08:16