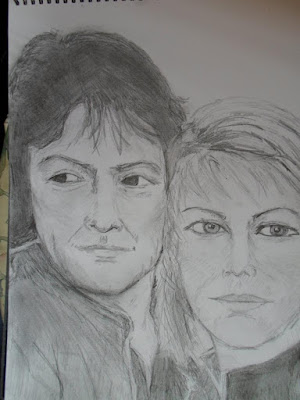 
If you guys really want to know of why I had drawn this, is because when I was younger, which I'm not saying, I'm really old, but, when I was, in the mid 80's there was a TV series called "Dempsey and Makepeace" which as soon as I saw Micheal Brandon and heard his voice went a little crazy because there was just something about him then, that said, Oh no! Not another one! As I was always into someone in different sereies then really knowing someone bcause of being extremely a shy teenager! Which, if my dad then, would probably say, 'there is one of your boyfriends Sandy! As I just could not miss any Episodes of that series like others, 'I may add!
Posted by jsm at 08:07