The Two Rosies from Mama Mia 2 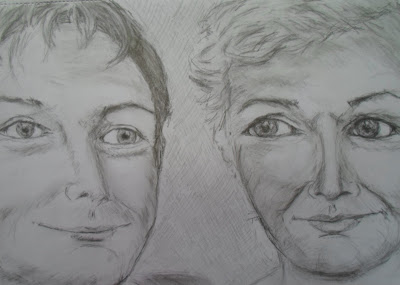 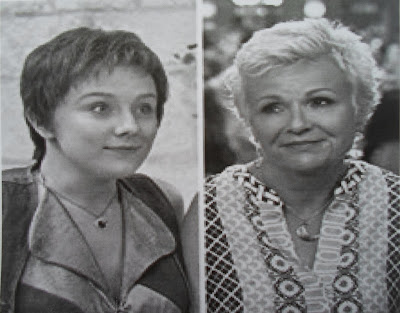 "AMY THOMSON AND JULIE WALTERS" - WHO BOTH PLAYED ROSIE IN THE FILM: "MAMMA MIA" - HERE WE GO AGAIN!

Now, guys, I've already told you all of how I felt for the young Donna that was played by the beautiful Actress, "Lily James" and Actress, "Meryl Streep" as the older Donna - not to mention of all the Actors that played all the parts of young Harry, young Bill, young Sam and the older Harry, Bill and Sam...

So, now it's how I thought of these two very talented Actress, "Amy Thomson" and "Julie Walters" who in this second Film of Mamma Mia! Here we go again!  Had not really thought she wasn't just funny at times while being around her other best friend besides Donna, was Tanya played by Actress, "Christine Baranski" but, but her singing really wasn't to bad either!

And as for the young Rosie played by, as you know, "Amy Thomson!  Well, to ever chose her for the part of playing that part, "Well done!  Course, I actually thought she had played the part very well!   As well as, sort of behaving the way, "Julie Walters" does, when you see her playing the older Rosie in - (Mamma Mia) sequel "Here We Go Again!

I mean, guys, don't you agree with me?  That's if any of you out there had saw the sequel to this Film, of Mamma Mia - Here Were Go Again!  That the Actress that played the young Rosie, "Amy Thomson" acts just like as well as, behaving the way, that so-call brilliant Actress, as she truly is "Julie Walters" has played her, as being older Rosie???
Posted by dazzlepops68@gmail.com at 12:25