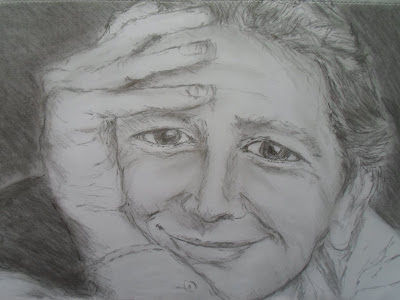 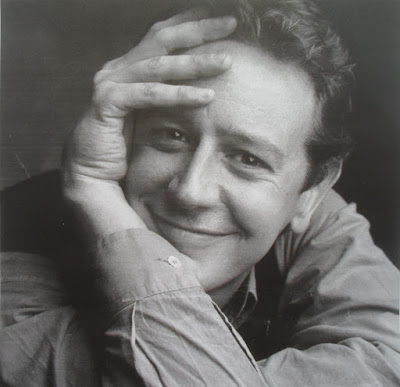 Now, guys!  As you can probably tell, I drawn this well-known Actor, "Judge Reinhold"  who's best known has our Billy in the film, which I'm sure you guys, should know... "BEVERLY HILLS COP (1 and II), not forgetting the third one that he appeared in!!!

And, I don't know what you all thought about him in those films as our Billy... But, as for me, well, I tell yeah, boy!  Did I thought he played that part so well, that he certainly made myself think he wasn't acting!  Because, of the way he seemed to me playing that part of Billy, which was so blooming FUNNY!!!

Because, I don't know about you viewers!  But, in my opinion, whenever I do see "Judge Reinhold" playing that part in "BEVERLY HILLS COP" well, all I can say is that he makes me feel like he doesn't have to act that part...  Course, he truly makes me feel at times, that "is that Actor, like Billy for real, because, sumat just tells in "Judge Reinhold" is probably like a big kid!!!  If you guys, know exactly what I mean!

Anyway, getting back to what else, I found out about this well-known Actor that had played Billy from "BEVERLY HILLS COP!!!

Because, apparently Judge Reinhold's real name is "Edward Ernest "Judge" Reinhold Junior! And as you should know, he is an American Actor, voice actor, singer and filmmaker who has starred in several HOLLYWOOD Movies, such as "RUTHLESS PEOPLE," "GREMLINS," and "DADDY'S DYIN!

Not forgetting though, there was also, "GOT THE WILL?  Both trilogies for "BEVERLEY HILLS COP," "THE SANTA CLAUS" and finally "VICE-A-VERSA!!!  Which, was made around the late 80's, along with a very young actor "Fred Savage!

Now, "Judge Reinhold" was born on the 21st May 1957 (age 62) in Wilmington Delaware United States to the son of Regina Celeste (n'ee Fleming) and Edward Ernest Reinhold Senior, who was a trail lawyer.  He was raised in Fredericksburg, Virginia, Until his family had moved to Martin Country, Florida, prior to his junior year in high school.  And he attended Palm Beach Community College.

But, viewers out there! Reinhold was nominated for an Emmy for a role on "SEINFELD" in  which he played the "Close talker" who develops an obsession with Jerry's parent.  He had also, been in Steven Spielberg's epic miniseries into the West and replaced Charles Gordin in two direct - to video movies in "BEETHOVIEN" Film series.
But his first acting role was in the teen drama called, "FAST TIMES AT RIDGEMONT HIGH!

Now, the name Judge came from his father for when he was only two weeks old because it seemed that "Judge Reinhold" had a "stern face," like a judge...  So, naturally, his father had nick-name his son, JUDGE!!!