The Plus Net Guy 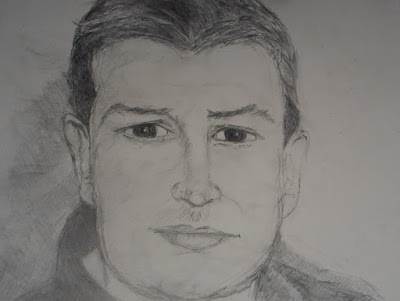 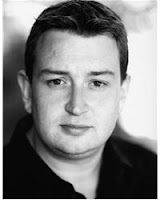 THE PLUS NET GUY

Now before I say anything and I do mean absolutely ANYTHING, if by any chance this guy from that Advert you guys may come across while watching something on either Cable or on Sky as that's the only chance you may catch to see him in an Advert of PLUS NET BOARD BAND...

But can I just say if YOU on that Advert stumble upon my Web-site by accident let's say well I not only hope you don't mind in me drawing a portrait of YOU! But I also hope YOU like it!

And why you may say did I decide to draw you! That's if you see this Web-site of mine, well it's because YOU certainly make this girl SMILE so at no end, as I will mention anyway.

As for all of you guys! If any of you out there don't really know who this guy maybe, well you normally would see him in an ADVERT called as you know "The Plus Net! And the reason why I've drawn him is that every single blooming time I see him in an Advert of "Plus Net" he always seems to manage to make yours truly smile so. And why, you may add! Well it's just something about him that cheers me UP at no end! As I truly think he's so FUNNY!
And guys, I do mean so FUNNY

But, oh boy! If I weren't in love already with my so-called (BROWN EYES) who every time I watch those films of his because let's just say that if this guy from that Plus-Net Advert again, who's called "Craig Murray" by the way and who's a Comedian was around here well I would probably would truly fall for him instantly, then the person I've been so in LOVE!

Still say what have you done to ME, you lovely big (BROWN EYES) you, from whom I love your FILMS!!! Aww!!! But again, I'm NOT complaining for what you have done to ME! NO fecking way!

Because this so-call Comedian, "Craig Murray" would really be just SOMEONE that I once told you all about, that how I always had dreamt of meeting some day! Can you guys remember of me describing myself in one of my other pictures that I've done as I would really WISH to meet someone who's got to be - TALL, DARK HAIR, NICE SMILE, NICE EYES with a WACKY SENSE of HUMOUR! But not forgetting who's got to be BOARD and slightly SHY!!!

Well, can you guys, remember now! As this guy from that Ad would honestly be SOMEONE that I would maybe like to know as MEET...

Only, there is one thing I would like to add and that is, if YOU "Craig Murray" do happen to see this well can you just PLEASE, PLEASE CARRY ON with your Adverts that you've been doing? Because oh boy! like I already said, EVERY single time I see YOU, my face always seems to light up with the most biggest SMILE ever, followed by blushing with a slight SHY look!!!

So, Thanks Craig Murray for just doing this to ME!

Who again, thinks you are truly, truly FUNNY!!!