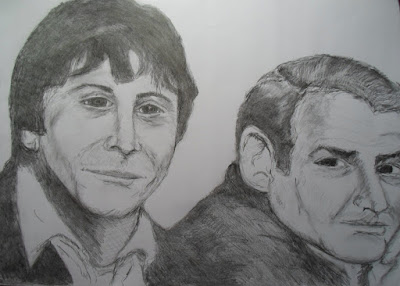 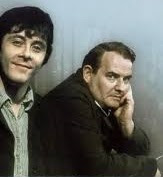 
Well come on viewers out there, surely you must have remembered this very well known and oh-so best-loved comedy sitcom that again, you see our very lovable, "Ronnie Baker" but this time had starred along side "Richard Beckinsale" which, I've got to add, was the up-most wonderful Actor that even from this day on is always going to be loved ad never forgotten by maybe those that had remembered him in that comedy series such as "PORRIDGE," "RISING DAMP" and "GOING STRAIGHT" of course!!!

Which, if you guys, have never seen it, never mind heard of well it was like Porridge, but how they both were after they came out from prison okay! So, just remember that if you want, in time that "Going Straight" is just like another version of "Porridge! But again will never be forgotten... Just like our dear "Ronnie Baker" that played all his characters in any sitcom he did in the past but, is also, no longer with us!

Now, if none of you out there don't know this already well this well-known popular comedy series of "PORRIDGE" was first broadcast on the BBC 1 from 1974 till 1977, and the first ever episode of this series went out on September 5th 1974 till March 25th 1977