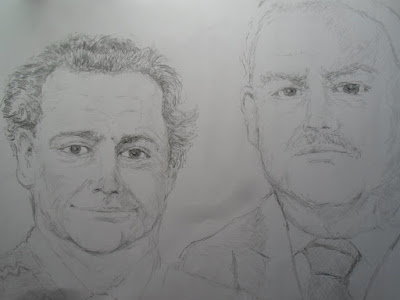 
Well guys! Practically everyone should truly know this well-know comedy series that starred the late great but talented comedy Actor, "Ronnie Baker" and also the talented Actor, "David Jason" who just recently as done an up-dated version of that very popular sitcom "Open All Hours" that began in the early 70's. Well in fact, the very first episode of that, was in 1973, till 1985... It run for 26 episodes in four series, if no one knew of this of course, and which premièred in 1981, 1982 and eventually in 1985 where the Final episode was last seen to all of us - as in shown on TV viewer! The created and written was by Roy Clarke

And that new version of this series is called "Still Open All Hours! Which, you should know was a BBC television sitcom sequel from the original that was around way, way back in 1973 till 1985... Which may I add, can't ever beat the original series that was maybe far, far better then that sequel they just really recently brought out!!!

So, first of all if there is any viewers out there that thought they really like that new version of "Still Open All Hours" well I'm sorry to say that's if I hadn't mentioned it already... That I don't think it can ever beat the original one that had Ronnie Baker in as our "Arkwright" and when the very young David Jason was his Nephew "Granville!

Not forgetting that it was when you see "Arkwright" was the proprietor on old fashioned Yorkshire and who always use to chase after his "Nurse Gladys Emmanuel" that was played by Actress, "Lynda Bardon" and longed to be with her!!!

Which, I'm sorry to say, didn't, course, what I know is that in the very last episode of "Open All Hours" all you see is Nurse Gladys reveals that her and Arkwright remain just engaged until his death.
Posted by dazzlepops68@gmail.com at 06:45