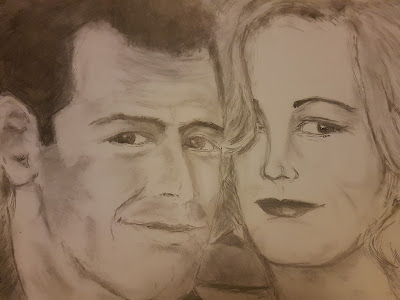 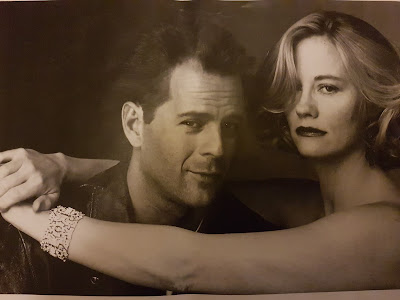 MOONLIGHTING
Now, viewers out there!  If any of yeah, don't really know this old TV series, well, don't worry...  As, I wouldn't expect yeah two because, this Series had came out from 1985 to May 1989.
As, "MOONLIGHTING" was a America comedy Drama Television series that aired on ABC from March 3rd 1985 till May 4th 1989, once again.  And the total from what all their series had done was actually 66 EPISODE.
Now, for you viewers, that doesn't know of this Series back then, well, what this Series was about was - after being dumped and going bankrupt...  Model, Miss Maddie Hayes who was played by American Actress "Cybill Shepard!
** Which, back then, because, yours truly had certainly liked this series, but viewers, it was only for ONE THING ONLY!  And that was,,,  This Chick as in ME, had totally had the HOTS for the very young "BRUCE WILLIS" that had played the character, David Addison had always thought, about "Cybill Shepard" character, Maddie Hayes, "YOU BITCH!!!
** Course, oh boy!  The look he was always giving in that flaming old series had made this girl go funny as in saying to myself,  ever time I saw him, has DAVID ADDISON was, "Oh boy! "Isn't he bloody GORGEOUS!!!  And I do mean, TOTALLY GORGEOUS!
Because guys, if you really wanna know why, it was course, he had the most SEXY EYES & his SMILE...
Posted by dazzlepops68@gmail.com at 10:49