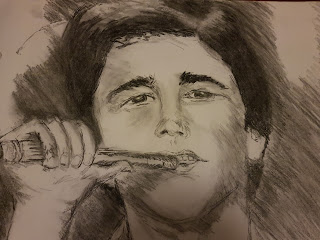 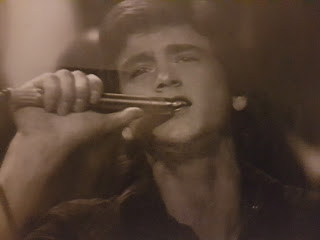 LES MCKEOWEN - FROM  "BAY CITY ROLLERS"
"Leslie Richard Mckenown" is a Scottish pop singer who was the lead singer of "The Bay City Rollers" during their most successful period.  He was born on the 12th November 1955 in Edinburgh Royal Maternity Hospital and Simpson Memorial Pavilion.  So now, he would be roughly (age 62).
* While he was with the gang, back in their hay-days, should I say they sang so many popular songs, that the two that I can well remember them of singing, while watching The Top Of the Pops then was - (1) "Bye, Bye Baby" & (2) "I Only Wanna Be With You!!!  Which guys, out there, you have no idea to what I was like as a child, while I was watching them?  Course, if you guys first think I was SAD to like them, well first of all, I was only a fucking child then!  "Yes!  I many still go CRAZY if I heard or even saw "Showaddywaddy" as I had recently have at the Place Theatre in Redditch... which was another old group in the 70s!  But, that was all because, I loved seeing "Dave Bartram" smile while singing to all those great tracks of his group!
* But, getting back to "Bay City Rollers" because, every single time I to heard them, before I knew about my all time favourite group "Showaddywaddy" well, I to use to blooming sing along to their well-known songs, such as I said, "Bye, Bye Baby," "I Only Wanna Be With You," "Give A Little Love," "Saturday Night," & "Shang-A- Lang!
P.S/
MESSAGE
TO/
LES MCKEOWEN...  "IF YOU ARE WATCHING THIS!
This girl will be there for the second time, watching you perform at "The Redditch Palace Theatre" on the 21st of April 2018.  Which, is only a week away from now!  And once again, Les, I'll be at the Top balcony, front row in the Centre!
Would like it if you can see it, that is, to maybe receive a Personal Signed Autograph or a Signed Autograph from YOU as it's my 50th Birthday the following Friday!!!
Bye, Bye, Baby... for now!  Only, I liked, "I Only Wanna Be With You!    :)
After seeing you on that night Les, well, let's just say I wasn't impress to find out that I could have had a signed autograph from you!  Only, I find out, you only did it before the show started...  And as for thinking you would have at least pause or stopped, to give Messages out to you audience who like I did, as I also, left you a Messages with those two fairly large pictures that I've drawn for you...  Asking, if I may have a signed Autograph from you or something so I would know you had liked what I've done, well, it would have been nice!  But, I didn't find that you had until after your show had ended!  As, no one told me before hand!!!
But, still!  I hope you had liked those two very large pictures that I've done of you and had framed???   The one, I drawn was when you were very young, singeing, which I title "Bye, Bye Baby" and the other one was as you are now!  And after signing it at the back like the other, I titled it, "I Only Wanna Be With You!
﻿
Posted by dazzlepops68@gmail.com at 10:41