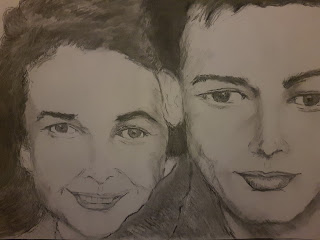 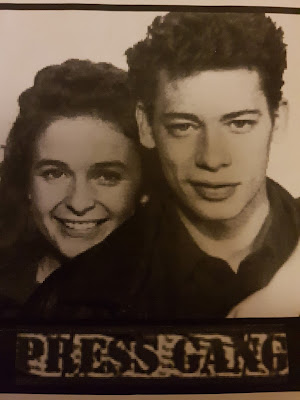 * Now, what can I possibly say about this very old series first only that, I used to really liked to watch it after coming back from High School...
* The only thing though, way, way back then, I think that I wanted to watch this series because, this "Fool" meaning myself of course, had the bloomin' HOTS for "Dexter Fetcher" because, every bloomin' single time she had saw him in this series, she had really thought he was American!!!  And oh boy! Did I think with that accent of course, isn't he fairly cute also!  But, was I flaming wrong, as I had found that bit out later on!

* But, "BLOODLY HELL MAN!  "What have you done to yourself, laterly Dexter?" Hey! I mean, Dexter haven't you let yourself go, big time!  And that's no joke!  And you're only two or three years older then I!  Course, looking at you, has you are now through Google, you look-like you've come out from a bloomin' flirty Dust-bin!  Like "AMINAL" from The Muppet Show!  But, that's just it, AMINAL was suppose to be like that, because, it's a fucking Muppet for that show!

* Anyway, let's get back to this old series of "PRESS GANG" that first appeared on our screens on 16th January 1989 and ended it on the 21st of May 1993.
As "Press Gang" was a British children Television comedy  drama consisting of 43 episodes across five series that were produced by Richmond Film & Television for Central, & screened on the ITV network in it's regular weekdays afternoon children strand.

* And again, I like to mention to all of you guys out there that the two main Actors that this series had mainly was trying to base upon - course of the way they had always liked to fight and then make-up, secretly!  Because it was like there was some romance-going but while no-one was looking of course, of Julia Sawalha as (Linda Day) and Dexter Fetcher as (Spike)!