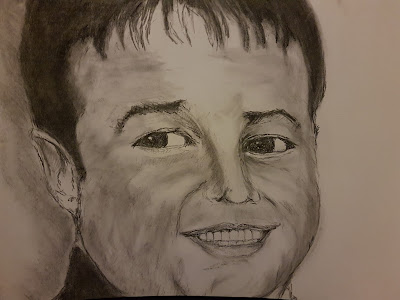 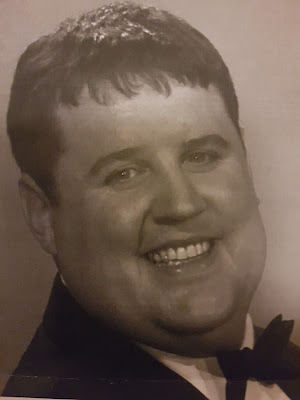 PETER KAY - FUNNY MAN
WHAT THE FUCK IS THIS???  HEY!
First of all viewers out there, I've just got to say....  To "Peter Kay" if you're fucking looking at this Web-site of mine and saw your self portrait that I did, well, I've just got to add, that every fucking time I see sumat with you in it, I always end up Cracking up!!!  And I do mean, cracking-up, Peter!  because, I really do find you hilarious when I see you doing something, then, saying sumat like you were piss about it!
But, Peter! That fucking Ad that you did of  "The Warburton's Bread" where, you had mixed part of that film from "Ghost," as well as "Pride and Prejudice," well, that was exactly what I mean, by finding so funny!!!
Especially, where we all see that part of you trying to be so blooming SEXY!  I mean, the part where you had took some other guys front half while taking their shirt off, presumed to be of course, so MUCHO without HAIR then, going back to seeing your own while you were pretending to be the Actor, "Patrick Swyaze" while he was in that film, Ghost behind "Demi Moore" character...
Course, she was at that time, behind a pottery-wheel trying to make either a jug or vase!!!  So, yeah!  You could say I had found that Ad of your so fucking HILARIOUS!!!
But, whatever next?  Hey Peter!  "I mean, if you tried to be the our sexy Darcy, from Pride and Prejudice...  which I am referring to the Actor, "Colin Firth" and not the other one, because they had done another, if I can remember!
Only, instead of a mellow drama, which was "Colin Firth" starred in...  This one looked as if they turned it into a Film!  Which, to be perfectly frank, it was bloody rubbish, because, once you make a film or series, I don't find doing a remake of the original is at all better!  Because, it isn't!
Anyway, Peter!  Getting back to the subject of whatever next will we all see you doing of taking the micky out off? Will it be "Weathering Heights" has you, being "Heathcliff?"  And the true from "Kate Bush!  Adding with it, an old film with "Alan Rickman" in it!  As, he was also, a Ghost like "Patrick Swyaze had been in "GHOST!  But, in "Truly Madly Deeply!  If anyone can ever Remember it though, as it is an old Film...  well, sort-have!!!
﻿
Posted by dazzlepops68@gmail.com at 10:56