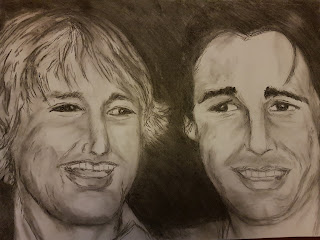 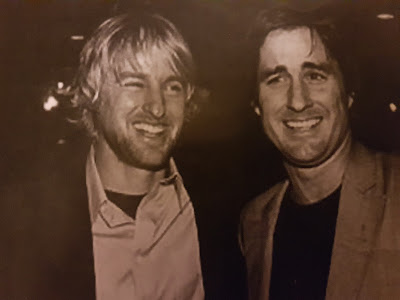 OR SHOULD I PUT IT IN ANOTHER WAY YOU GUYS OUT THERE...

"BLONDIE," WITH HIS "WAM-BAM THANK YOU MAM, IN NINE DIFFERENT PLACES" - As I was referring to his flaming nose or conk! However you like to put it though!!!

That always manages to knock this girl OUT...  "And that's no mistake!!!

And Yes! Just by describing you Luke, as totally made me go HOT! HOT!!!

* If only YOU were living around here, then rather living in America or somewhere else, Luke!  As, there's all bloomin' Jerk-offs around here!  And that's the truth! And also, if you must know no there isn't anyone around here that makes this girl go totally SHY when she sees them, such as you do every single time she watches one of your Films...  And again, that's no joke Luke!  You always somehow manages to make this girl go either totally SHY or BASHFUL whenever she sees yeah smiling!  As I always seems to BLUSH whenever I see you smiling in a certain way!  "Do you know that Luke?  That's if you're seeing this Web-site of mine?  Which, I sure hope you do someday!!!

Why!  You could even say you and YOU alone, you, (Brown Eyes) had always seem to hypnotize me in such a bloomin' big way that at times, I don't think I wanna snap out of it!!!  I mean, all I've got to do is really look into your gorgeous big Brown Eyes, Luke...  And Wam-Bam, I've gone again!!!  But, do wanna know something else, Luke?  You're so worth going all dizzy-like whenever I see yeah!
Especially, whenever I see all your kissing Scenes in Films such as The Full Throttle - The Last Dance Scene for instance!    "Remember Luke?  That's if you're seeing this!  Course for me, I see that scene where you tip Natalie over just slightly a bit after she dance with you as definitely romantic and so NICE!  Because, for one, "I see myself as a romantic person so where you are tilting her back!  You kiss her!


* If only that could happen to me in that way?  As I've never been kissed!  But I'm not complaining-like, it's just that as always been a Dream of mine when this girl was in her teens, dreaming away though, that will I ever meet someone so nice, shy and above all, who's so decent!
But, I don't now, being the age I am, because a lot of the guys these days now just wanna either like to play around with anyone... but then, ending up with a load of sex-objects - that's kids!!!  And this girl sure DON'T WANT THAT at all!!!

Then, there's that film that you also, starred in, of course, called "The Family Stone" where after seeing your character, Ben Stone coming home for Christmas to the family, then putting your bags down and your supposedly niece jumps up...  You then, immediately look up, cause your brothers so-call girlfriend, Meredith "Sarah Jessica Parker" character, then starts to come down the stairs where of course, you give that lovely sexy smile of yours.  Which is exactly what I'm talking about Luke!  You can definitely knock me out!  Or should I put that in another way, to you, you with that look can always HYPNOTIZE ME!

* Anyway, as for you Owen, "Big Brother" second from Andrew, well for some reason you don't do anything for me!  Maybe, if I was still younger, younger and I do mean YOUNGER Owen, has I'm the same age as you, then maybe, just maybe I would dig yeah!  Because, way back in my youth, I was always into BLONDES!!!  But, now, as you guys know, no more because every single time I watch one of your younger Brother Films, well, let's put it in another way, he ALWAYS manages to put this girl on Cloud 9!

But, I've just got to add though, Owen, when I first clapped eyes on that Film that you starring along with "Jackie Chan" called "Shanghai Noon!  Well, after seeing the last parts, where it shows all the out-takes from the film...  Well, where both you and Jackie is in a tin Bath blowing bubble, because it was where you two was suppose to be really drunk...   Well, after seeing all of a blooming sudden, BIG flaming BUBBLES popping up from the surface of the water one after another from your tub at the bottom had me in stitches!!!

I mean, it was like watching a blooming VOLCANO erupting...  You know Owen, what I mean, don't you???  Like hearing flaming Ba-boom exploding right in front of someone!!!  And I do mean EXPLODED!!!

So, that was flipping funny seeing you do that out-take!

By the way, I also, like to add, if I can... that Ad you do, where we all see yeah with sitting down on a couch or a long sofa, however you like to put it!!!  "Well, why!  "Oh why!  "Couldn't it have been your younger brother, Luke doing that Ad???"  Instead of you!  Because, no offence to you Owen, but it if was Luke that was doing them, then you...  Then watching him would be so worth it, you know!  Course, like I may add once again, just by seeing that lovely smile of his, not forgetting that look, as always manages to makes this girl go truly SHY in herself!!!
Posted by dazzlepops68@gmail.com at 10:51