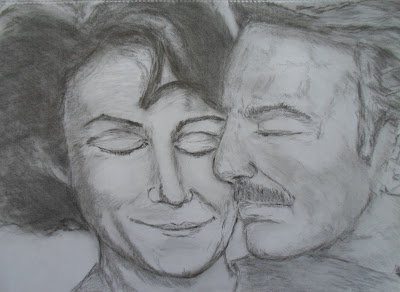 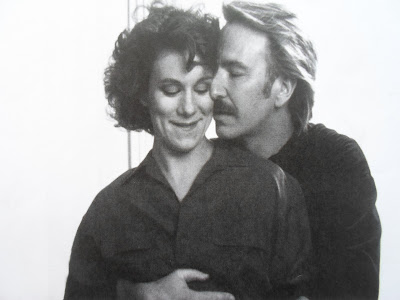 Hi guys!  Now, most of you may not know this old but, at the time was actually a well known film like, "Ghost! with Actress, "Demi Moore" and Actor, that I'm sadly to say, as now past away some time ago, "Patrick Swayz" called "Truly, Madly and Deeply!

And even though, these two Films from the past were really based upon a romantic story, or setting should I say, well do you wanna know something?  This girl!  Couldn't or wouldn't want to see these sort of Films...  Because, it's a tear jerkier.  And when it always comes to film like that, well I just couldn't!  Course, if it was a romantic Film, well, I had always liked the film to always end with seeing a happy ending...

Won't say what really sort of ending, as I'm sure you guys, out there could use your IMAGINATIONS? Hey!

** But, what this so-call marvellous old Film was really about was, Nina who was played by that talented Actress, "Juliet Stevenson" had struggle to cope with the death of her lover, only to find that his ghost who was not only played by the late great Actor, as he was, "Alan Rickman" but who had magically reappeared and moved back into her flat!

Even though, whilst Nina had fallen passionately in love with another man, she really had face some choices between holding onto her past, as well as facing her future with this new love.

Now, this film was released on the 16th August 1991 United Kingdom
Posted by dazzlepops68@gmail.com at 13:12