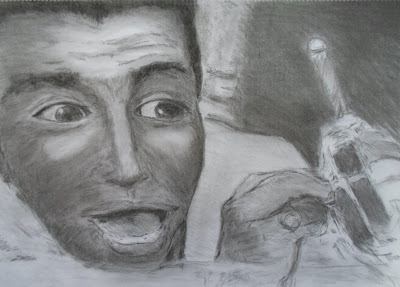 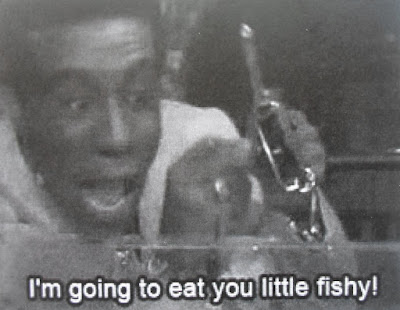 RED DWARF - THE CAT  (FISHY! FISHY)
DANNY JOHN JULES
Daniel John Jules (born 16 Sept 1960) is a British Actor, Singer and Dancer.  He is best known for playing our well-known CAT in the SCI-FI comedy series "Red Dwarf" not forgetting the Police Man Dwayne Myers in that popular series, called "Death in Paradise!
But, getting back to where he plays CAT in this science Fiction sitcom, with Dave Lister - A Chicken-soup machine repairman who is the sole survivor of a Radiation leak on his mining space ship, and the last known Human alive.
But as for our friendly CAT...  Well, guys!  Do yeah wanna know something, that's if yeah don't know this already?  But CAT was a Descendant of Dave Lister's played by "Craig Charles" pregnant pet House Cat!  And wait for this guys, but the bloody fool has Dave was in that popular series, had called his Cat, "FRANKENSTEIN!!!
Now, come on !  Being a Cat Lover, well how can anybody call something so cute, as a pussy-cat, "HEY!  FRANKENSTIEN, WHERE ARE YEAH???  Which, was what I'm flaming talking about!
But, guys!  Can yeah ever remember an Episode from season 03 called, and wait for this!  But, BACKWARDS???
Nope!  Well, if not!  It was where everything that they all did, had ALL went into REVERSE...  And Yes guys!  That does mean, when they are trying to do some flaming SHIT!!!  Or as some would say, CRAP!!!  Cos, in episode 1 from the season 03 well. boy!  you will all see poor CAT trying to do some business behind some bushes...  But, instead of  DOING IT!!!  Well, yes!  you've guessed it!  It ALL SHOT UP BACK HIS ASS!
But, if you guys really wanna know something else, well this idiot meaning myself, (so just don't go start to worry), had actually thought that ONE episode of this very old but brilliant comedy series of "RED DWARF" was where you guys, see CAT start to dance so very silly in one of the corridors from the SPACESHIP of RED DWARF like - he was gong side by side talking silly, by only, saying, though, "FISHY! FISHY!
REMEMBER? That bit!  I mean, fancy in remember that bit from the whole series!  But there again, that Actor was playing a part of a fancy-looking CAT, that to me, had loved himself!  KISSIE! KISSIE!
Posted by dazzlepops68@gmail.com at 12:46