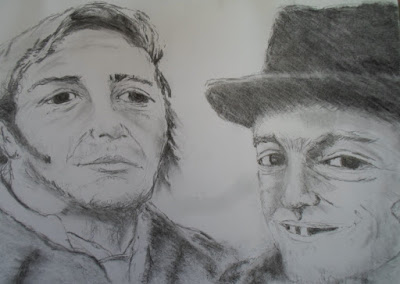 Steptoe & Son is a British sitcom!  Or was shall I say written by Roy Galton & Alan Simpson about a father & son rag and bone business.  They live on Oil Drums Lane.

The very first episode of this comedy series had went out on January 4th 1962 from December 26th 1974.

It starred "Harry H Corbett" as the son and "Wilfred Brambell" as the father who have got to say had always acted like a dirty old man...  Which ended up to be the very famous catch-phase to this popular comedy series back in the early 60's!

And as for the firth that ended up in this series was actually set up his tin bath in front room across the nation and his noisome old false teeth champing at the social propriety, the sheer physical nastiness of Albert Steptoe, who was played by Wilfred Brambell!
Posted by jsm at 04:23