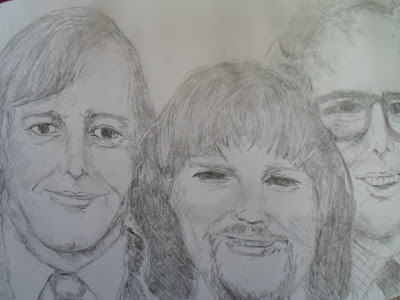 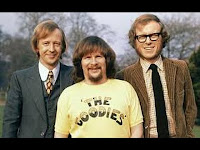 Now viewers!  You have got to have heard of The Goodies???  Course, if NOT well what fucking planet have you come from?  Hey!  Was it planet, "NOB-HEAD! Or planet "PEA-BRAIN!!!

Because. if NOT!  Well you must have at least heard the turn from this old Comedy sitcom???  As it went something like - "Goodies,  goodie, goodie yum yum!  Well, that how it went, before it started!

Whatever, planet you may have come from, if you haven't heard of these great Trio that starred in this British Comedy classic.  Well lets just say this was also FUCKING BRILLENT!

For every single time I had always sat down and watched it, well, lets just say they all had me in complete stitches!  Why!  At times I didn't even know whether I was crying with laughter or wetting myself because as it was so funny!

The best one was where a small tiny kitty, became a GIANT and roam around scaring everyone including these three guys that may I had add, caused that problem in the first place!

And even though some may say if they act like idiots!  Well, you got to love them for making us laugh!

All three had wrote this upmost funny TV series and preformed in their eponymous comedy show during the 1970's and early 80's combing sketches and situation comedy.