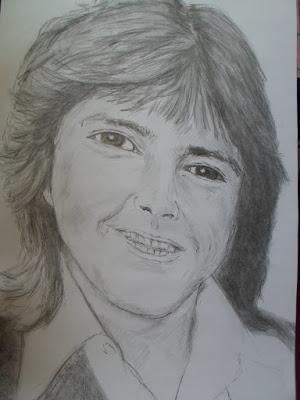 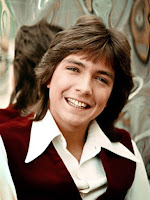 What can I say about "David Cassidy" - but only that was he ONE hell of a looker in his younger years!  But, guys, have you seen him now, well have you???  As the guy have let himself down in a very big way...  And that's no fucking mistake!  Look on Google, "why don't you!  Course, you wouldn't really believe that it was him!  And I know everyone gets old but come on!  He really as lost his looks completely!

And this is someone that as a very young girl use to think "Oh boy!  Isn't David Cassidy really nice...  As he appeared in the "Partridge Family!  That once again was about a widowed mother and her five kids that formed a band and make a hit record, then travelled around the country in what seemed to be a groovy school bus.

* This comedy series contrast life on the road with the a cozy suburban life but then they return to after the show is over.  This series, if I haven't mentioned it before, had went on in September 25th 1970 till March 23th 1974.

* Only, can you imagine just what would the guy himself, "David Cassidy" would really say if he saw this picture, let alone his family and friends of him when he was so very young???

* Maybe, it was something to do with "David Cassidy's" boyish-looks, not forgetting, I really had liked him to way, way back then!

* Course, just like the Actor, "Mark Hamill" that starred in the Original Star Wars Movies - and I certainly mean, that was the original STAR WARS Movies once again, that came out in the 70's. then the ones that starred both these two well-loved as well as known Actors, "Ewan McGregor" and "Liam Neeson" "Mark Hamill" who played Luke Skywalker had now lost his good looks!!!

* So, I've just got to add what the fuck has happened to YOU David?  That's if you do happen to go on my Web-site one and see this picture of you!  And I understand you've got older, like all of us and had a family, but really...  As  I've seen what you look-like now, by going onto Google - and I can tell you now, you certainly have also LOST that looks like "Mark Hamill!!!

THOSE WHO LOVE HIM INCLUDING HIS FAMILY & FRIENDS!

* Because, it's only a day now, since I've found out that we all have sadly lost such a great guy to Cancer, I would like to dedicate this picture that I've drawn of "David Cassidy" to you all!