Heathcliffe - Oh Boy! What have you done to me! 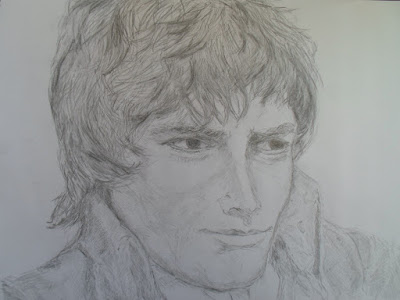 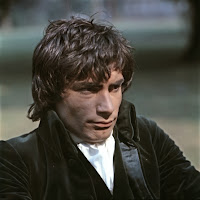 Now, oh boy!  What can I possibility say but first of all - was the Actor, "Timothy Dalton" really SEXY and I do mean, sexy then how other Actors that had played this well-known part of Heathcliff from Wuthering Heights in the past.  Hey!  Course, come on guys, or should that be girls just look at those very sexy eyes of his, MYSTERIOUS-LIKE!!!

Anyway, getting back to this very popular films that when our gorgeous "Timothy" had appeared in the film as our mysterious Heathcliff, well it was around in the early 70's, actually it was 1970, if you must know!

And if you never really wanted to see this film, course I know everyone's different - well the film was about a family called the Earnshaw that lived in somewhere Yorkshire, during the early 19th Century.

And after one when Mr. Earnshaw had returned from a trip to the city he brings a ragged little boy called as you know HEATHCLIFF!  Who in this very well - known films, had starred the very sexy Actor, "Timothy Dalton!  Who once again, have got to say had certainly played that part of Heathcliff so BRILLIANTLY...

And if you are watching this site of mine, "Timothy Dalton" I'm NOT joking there!!!  You certainly had played that part so very brilliantly.  Maybe, it's because you really made me think Oh boy!  YES!  You really looked like you could be someone that was called Heathcliff for real - then rather playing a part or a star role as you were!   And I've got to say this as well, but you are also far, far better then any Actor that had played this role of HEALTHCLIFF!!!

Why, I've got to even say you even played this role so much better then the Actor the late Great Sir Lawrence Olivier.  Who had played HEALTHCLIFF in Wuthering Heights in the year, 1939.

And I'm sorry for saying that about the late "Sir Lawrence Olivier!  But really, come on you just have to look at that mysterious look of the Actor, "Timothy Dalton" looking at you, when he had played that part of Heathcliff in Wuthering Heights back in 1970.

I still would have to say Cor!  What a Darl Timothy!  As I really liked him looking like that, with that wild hair getting everywhere!  If you see what I mean girls?
Posted by jsm at 03:17