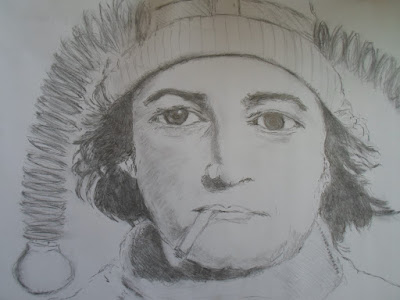 THE LATE BUT GREAT JOHN BELUCHI

AND THIS ONE IS ESPECIALLY FOR HIS FAMILY

John Belushi was an American comedian Actor and a bloody brilliant one as in that...  The Actor was also in musician he was best known as for his "intense energy and recons attitude"  which he displayed as one the original members of NBC sketch.

And parents of Agnes Detmetri (Sameras) & Actor Adam Anatos Belushi who was also a restaurant ower.  His Father though was a Albania immigrant, from Qyteze & his mother was also of Albanian descent.

John grew-up in Wheaton where the family had moved when he was six.  Though, as a young hellion in grade school John became the perfect all American boy during his high School years, where he was so co-captain of the Wheaton Centre  High School football team & was elected homecoming King as a senior year.

He also developed an interest in acting & appeared in the High School variety school.  Encountered by his drama teacher, John had then decided to put aside his plans to become a football coach to pursue a career in acting!  And as you guys should known the two most well-known films that he did in the past was - ""The Blues Brothers" starring with Actor, "Dan Aykroyd" best known in the original film of The GHOSTBUSTER back in 80's...  And "The National Lampoon's Animal!!!

But, I certainly not saying that he didn't do any other well- known films, it's just I'm giving you two examples of the films that he had starred in...

And if I did or not mentioned this to all you guys, "John Adam Belushi was again, known for his intense, energy and raucous Attitude - which he displayed as one of the original cast members of the NBC sketch comedy show "Saturday Night Live" in his role in the 1978 film - Animal House and in the recording performances as one of the "Blues Brothers!!!

Though, sadly, this one hell of a brilliant Actor, Belushi died on the morning of March 5th 1982 age only 33 in Hollywood, California Specifically at the Chateau Marmont after being injected with a mixture of cocaine and heroin known as Speedball...

And like so many well-known loved Actors and Actresses that died in the past, well this late Great Actor, that I'm sure is still sadly missed by all that loved him and his films "John Belushi" was posthumously honoured with a star on the Hollywood Walk of Fame in April 1st 2004.