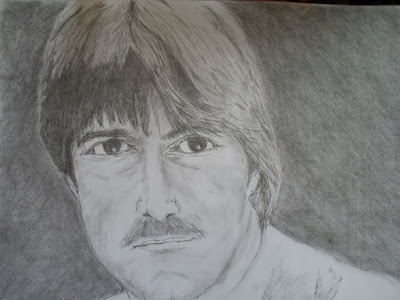 TREVER EVE - as our EDDIE SHOESTRING

Now, this is especially for you, "Trevor Eve" wherever you may be, so hopefully and I do mean, hopefully you do come across this Web-site one day you will not only like this - but also REMEMBER this part of you that you had played those many years ago, as EDDIE SHOESTRING!!!  Who I've got to say I really liked you..  But, it was a shame that it ended as it did shortly after a year!

* Course, guys out there if you have never really heard of this series starring the most talented Actor, "Trevor Eve" as Eddie Shoestring of course, which I will understand well let's just say the programme had only ran between 30th September till 21st December 1980.

Shame, really!  As I actually thought way back then that this detective series, of SHOESTRING even though it lasted that long was actually a very good series!

And no guys!  I didn't blooming fancy the Actor, even though, it did cross my mind at times...  Course, come on guys, this girl is NORMAL and that's no fucking joke either!!!  It's just I was really a very shy kid who at that stage, was to shy to even say hello, to ANYONE.  I and certainly do mean, that...

* Anyway, getting back to this series which I thought was so good because if you must know the series was a BBC 1 television show wet in Bristol.  Featuring a private detective "Trevor Eve" as Eddie Shoestring once again and who is a computer expert who suffers a nervous breakdown.

In those days though, the computers were a large and but very bulky machines and had a open reel tape drives creating considerable noise.

* Now, in one episode you would have seen the very young talented Actor, "Trevor "Eve" visits such a computer room...  Only to find it hard to maintain a steady grip.  So, after a period of  convalescence Eddie decides to try his hand at being a detective, like a Private-eye "shall I say" so he could arrange for him to investigate a potential scandal involving a entertainer who works for the local Radio Station called RADIO WEST!

And after sorting the matter out Shoestring had started to visit the Radio West to brief his client who has just chaired an unsuccessful planning meeting to come up with what was a new programme ideas.  Inspired by a sketch of herself had made our Eddie's receptionist Sonia proposes that he is hired as their station's private ear" to present a weekly broadcast entitled "The Private Ear of Eddie Shoestring" member of the public are offer his services in order to investigate cases affecting them, such as disappearance or the unsolved deaths of loved-ones!

Why!  Before it ended, they even did a Christmas episode starring singer "Toyah Wilcox" who they had allowed her to performed some of her own material in character.

* Now, before this it ended I've just got to add, to that well-known and most loved Actor, "Trevor Eve" who as you guys should know him best in, plays in that very popular series of "Waking the Dead!

* So, if you do happen to see this Web-site of mine, "Trevor Eve" well I really had thought that series of SHOESTRING was so good...  And that's no joke either!  It certainly was!  Shame that the TV don't show all episodes to that all over again?  Course, once again it was really GOOD!
Posted by jsm at 03:15