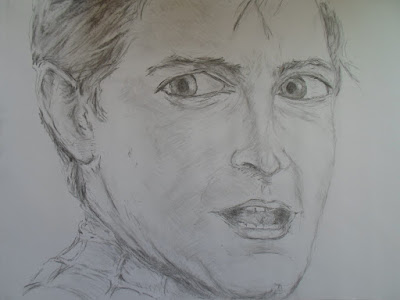 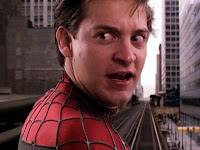 In 2002, Actor, "Toby Maguire" had starred as our Spiderman based on our popular Marvel Comics - Superhero.  This film after it was released in June 14th 2002, UK was a major success him a star...  Then, in the year 2004, Maguire had not only decided to do a sequel with Actress, "Kirsten Dunst" who had played the part Mary Jane Watson  in - SUPERMAN 2 but also, a third film of our Superhero!

Now, if you guys don't know already, this film had started out as a young student Peter Parker (Toby Maguire) who after being bitten by a genetically altered Spider gains superhuman strength and the spider-like ability to flight crimes coming to understand the words of his beloved Uncle Ben - "With great power comes great responsibility!
Posted by jsm at 03:05